The Language & Culture Of Latin America

Some aspects of Latin American life have already been discussed on this site, such as the importance of the family unit in everything, but I just want to start mentioning a few other interesting observations I have made over the years in regard to understanding Hispanic Latino culture.

I hope you find them useful, amusing or interesting and I will bring up many more observations in future posts. Certainly, if you have visited Latin America, you will recognize some of them.

In the meantime, try out an excellent free course to start learning Spanish. Everything you read in the article below will be much easier to enjoy, endure and understand. 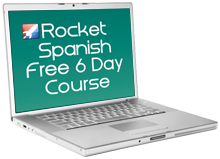 When visiting anywhere in the world, there will be times when you need to ask directions. I found out the hard way on more than one occasion, that this seemingly simple request is not as straight forward in some parts of Latin America.

Here is a tip for you – when you ask someone, for example where is the nearest bank, you need to ask at least two people and if you get two different answers, keep asking until you have at least two people that give you the same directions. Why? Because if you ask

directions from someone in the street and they don’t know, they will often just invent an answer because they hate to admit their lack of knowledge. The fact that you may end up wandering aimlessly for a while is of little importance to them, after all, what is a few extra minutes? It took me a couple of trips until I figured this out, but now I’m prepared. On one occasion, I did actually have to ask five different people before I managed to get a “set of two” the same.

Visits to people’s homes are not planned.

If you are lucky enough to move to the region, don’t be surprised by unannounced visits. Generally, if someone wants to go over and see you, they will often just go, so don’t assume people will call ahead. They have a saying, “mi casa es su casa” (my house is your house), and for the most part, they mean it and it goes both ways.

When working in The Dominican Republic, my then-wife had a house in a village. It didn’t have any internal doors, just curtains, which meant that romantic moments were limited to when the kids were fast asleep in their room or had taken off somewhere.

Early one Saturday morning the kids told us that they were going off to play baseball with their friends and took off, closing the front door behind them. I took it as a bonus opportunity for some fun time but she was a little reluctant and told me that I would see why, so we just lay there talking. After a few minutes, a lady who lived across the street comes into the house, pulls back the curtain and starts a conversation about something to do with the arguments between her cousin and her husband.

The fact that we were both in bed, naked but well covered up by the bedsheets, didn’t faze either my wife or the neighbor. I just had to wait it out.

Table manners In the home

My first visit to dine with friends was very much a cultural shock for me. While the actual table manners were excellent all around, a few things did leave me surprised even though it was not a “formal dinner”:

If a lack of internet connection, enjoy it while you can.

Sadly and selfishly on my part, more and more people of the region have become connected to the net through wifi, etc. This has resulted in, as has happened elsewhere in the world, the people, particularly the young, sitting or walking around staring at their phones.

There are still many areas where a good internet connection is almost non-existent, such as most of  Cuba where I often travel, but even there it is starting to change.

For me, this lack of connectivity means a couple of things:

Nowadays in Mexico, where I have started to be involved in business matters, it seems that most communication is carried out using WhatsApp. It makes a lot of sense actually as it is free, reliable, you can make good use of video and everyone there uses it.

Latin Americans generally hate confrontation and will avoid conflict as much as possible.

They also hate saying no. This doesn’t mean they will always say yes – if the answer is negative, they would rather the request or question just drifts away and dies. There is a sense that a personal relationship will be badly damaged if they have to say “no” to someone.

The locals are used to waiting in lines at government offices, hospitals,

basically anywhere. They will wait without complaining (usually) and are quite accustomed to being shunted from department to department. Being told to come back the following day, even after waiting for hours, is accepted.

Crucial in this part of the world. I spent a few years setting up businesses here and much of that time, I was accompanied by our local lawyer. As stated elsewhere on this site, more time was initially spent getting to know the individuals we were dealing with as opposed to getting “straight to business” as we are accustomed to. Generally, the lawyer knew or had come to know the official with whom we were meeting and invariably told me, it’ll be okay, he/she’s my friend. In many cases, he had only either previously met with them for a few minutes or simply had a brief phone conversation – regardless, they were “amigos mios”. Play along but take it with a pinch of salt.

In Latin America, the respect for authority, for a position, for a profession is much more pronounced than in Europe and North America. These “authority figures” are far less likely to be questioned here than they would be in many other parts of the world.

In what seems to be a total contradiction to what I just wrote, corruption is commonplace.  It is not liked but accepted as part of the process. It’s also not fair as often the one with the most money or most powerful lawyers wins. This is not true of all Latin America and neither is it exclusive to this part of the world,  but it is a problem.

A major election promise of most candidates in Latin American countries is “to fight and put an end to corruption”. Some do try but it is taking an awfully long time.

When you get to know the locals, you will probably realize that the people must have been pushed to breaking point in the past before revolting against the governments of the day.

As we mentioned above, they do not like confrontation and are more likely to accept a situation than try and change it.

The locals seem to assume a lot. In Europe and North America, we are always told to “assume nothing, question everything”.

In Latin America for example, if they ask you to pick up something for them, they will not be calling after an hour to ask where it is – they asked you to pick it up, you said you would bring it, so everything is OK, they assume you will bring it when you can. Generally, when may not be important.

By contrast, if you ask a Latino to pick up something for you and don’t specify a time, they will not appreciate you following up an hour or so later asking where their item is. Again, they said they would bring it, so that is that!

On one occasion, my other half wanted to go and check out a bedroom suite that we had discussed buying from a small workshop in a small Dominican town. As it was New Years Day, I told her that they would probably be closed; she said a flat “no, they’re open”.

Off we drove, about an hour and a half on typical winding Dominican roads up into the hills, dodging many cars being driven by people in varied states of sobriety or drunkenness, When we got there, it was closed. I said to her, “You told me that they were open! Didn’t you check?” She merely looked at me and said, “They’re probably closed because it’s New Years Day. Let’s go hiome and come back tomorrow”.

In future articles, we will have much more advice, commentary and observations to bring you. In the meantime, give yourself a great gift – the gift of a language that opens up this amazing world for you………….

Why Learning Spanish Is Important – A Travel Lesson