The Language & Culture Of Latin America

Let’s get going with a few facts that highlight the reasons why Latin American Spanish is becoming increasingly relevant:-

The above are just a few examples that demonstrate the influence Latin America is having in North America, and this is why I feel it is increasingly important for any of us to gain a knowledge of the Spanish language.

My Motivation And My Reward

While, above, I have highlighted predominately economic reasons why you should learn the language, I was initially influenced by my desire to communicate better on my vacations in Mexico, Costa Rica, The Dominican Republic, and other countries in the region. I am not someone who just likes to sit on a beach or by the pool at the resort all day; I believe that when I travel a long way to a foreign country, I  want to see something of it.

It is not only a beautiful and diverse part of the world, but those trips opened my eyes to the multitude of economic possibilities available there.

First however I needed to learn Spanish.

Ultimately I was able to work in a couple of those countries and later I was also able to assist businesses and individuals in my own country who wished to pursue commercial interests in Latin America.

I will go into more detail about my work experiences there later, but there is no doubt that without my ability to speak Spanish, it would not have been possible.

Whatever your motive is to learn this increasingly important language, I hope you will take the next step and learn it for yourself. It is not just a language, it is effectively a new skill.

How To Learn To Speak Spanish

I will review and discuss elsewhere on this site what are considered by many as the finest methods of learning Latin American Spanish – some quicker and easier than others.

The Pimsleur Method, which I have discussed in detail, is the major reason for my success in learning the language and if you decide to take the same course of action as I did, then you too will be rewarded with having a whole new world opening up to you.

In the meantime, click the banner below and check out a free lesson for yourself…. 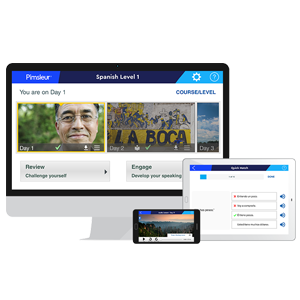 Since I learned Spanish, there are now several more options on the market for learning languages, some expensive, some cheap, some even free. I will be recommending ones that I know will help you. You don’t need a free course that ends up trying to upsell you in order for you to advance.